What is Company Ordinance Cap 622?

Cap 622 of the Companies Ordinance is a legal framework for the incorporation and operation of companies in Hong Kong.

The four main objective of the Companies Ordinance Cap 622 are to:

Measures for modernising the law, includes:

The Companies Ordinance Cap 622 of Hong Kong is divided into 21 parts:

In February 2011, a Bills Committee was formed whose responsibility was to scrutinise the Bill. It has taken 44 meetings (which lasted over 120 hours), and consideration of more 200 papers or submissions.

In June 2012, the Bills Committee completed the scrutiny of the Bill.

On 12 July 2012, the Companies Bill was passed by the the Legislative Council (or LegCo).

"We’ve used Prism for a variety of support services and they’ve always been top notch. Definitely recommend them if you need help as a start-up business that needs support getting all of your paperwork in order."

Michael Fegan ⭐⭐⭐⭐⭐June 17, 2022
"I have been a client of Prism Consultancy for the past 5+ years. For the majority of that time I engaged in their accounting services. Most recently, I engaged Prism to assist me in processing an important visa application. For the record, I have processed probably at least 50 visa applications on my own through my line of business. I came to Prism because the nature of this application slightly different I needed some guidance. The team at Prism Consultancy were very professional and assured me that whatever additional supporting documents immigration were asking for were standard procedure. The team was very communicative throughout the process. I would recommend their service to anyone needing assistance with a visa application."

Douglas Bray ⭐⭐⭐⭐⭐June 15, 2022
"Khan was amazing in the visa process. Applied for the Entrepreneurship visa. The team provided solid advice on what I needed to get this. I provided the documents and within a week the visa application was lodged. Khan was very responsive and worked with me to chase the Immigration department (Albeit delayed due to COVID and CNY). Would 100% recommend in sorting out your visa. Very knowledgeable and got approved without issues. Worth every $ to not have to deal with the hassle of application. Thanks again!"

Jonathan Lam ⭐⭐⭐⭐⭐April 21, 2022
"I'd like to express my deep gratitude to the wider PRISM Consultancy Team, including Khan, Bonnie, and Shamsa in Hong Kong for helping to execute on the PR (Permanent Residency) in a short timeframe, especially running up against the Chinese New Year holiday. The service was worth it hands down and I'll be sure to promote PRISM to anyone looking for these kinds of consultative services. A special shout out to Khan specifically for his determination, resilience, and speedy execution (and transparency along the way). It was truly impressive to see at a professional services firm. I'd recommend having a meeting with PRISM to learn more about any services they offer to learn more and explore possibilities!"

Christina Themar ⭐⭐⭐⭐⭐Director, Next Chapter Limited
"Chris and Bonnie have been an absolute pleasure to work with. They clearly explained the application process, assisted in drafting necessary documents and were always available to address any questions or concerns. We couldn't have asked for better consultants."

Cinar, Karazona ⭐⭐⭐⭐⭐Director, Organic Modernism Limited
"Excellent service! Quick and accurate responses and always professional. Highly recommended."
Alister Kelman ⭐⭐⭐⭐⭐
"I am impressed with their efficiency and quality of work as well as their reasonable rates."

Michelle Tanmizi ⭐⭐⭐⭐⭐
"Prism has a very professional team who are able to solve many of my issues regarding from company incorporation to accounting & taxation, from investment work visa to hiring employees with non-HK residency. Their experience in the Hong Kong company secretary field makes me believe that they are second to none."

The green file consists of / 全套公司印章+精美文件夾包括: 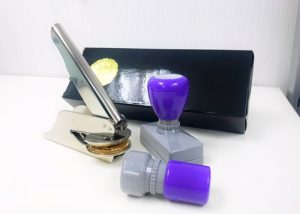 When the shareholder of a company is unwilling to reveal his/her identity to the public, a nominee shareholder may be appointed.

A nominee shareholder may be an individual or organisation.

What is Significant Controller?

A Significant Controller Register must be obtained and maintained for a company registered in Hong Kong, in which up-to-date beneficial ownership information is required.

The Significant Controller Register should be opened for inspection by law enforcement officers when demanded.